Sur le Pont d’AvignonL’on y danse, l’on y danseSur le Pont d’AvignonL’on y danse tous en rondAvignon may be known for its stunning nature and historic influence with the Ramparts (wall of fortification) built to protect the Pope in the 14th century, but for me it will always be a city of childhood songs. This weekend I headed to the southern city to escape the cold frost of Fontainebleau. Since Fontainebleau is situated in the middle of the forest, the microclimate of being surrounded by trees significantly lowers temperatures and raises my need for warmth. 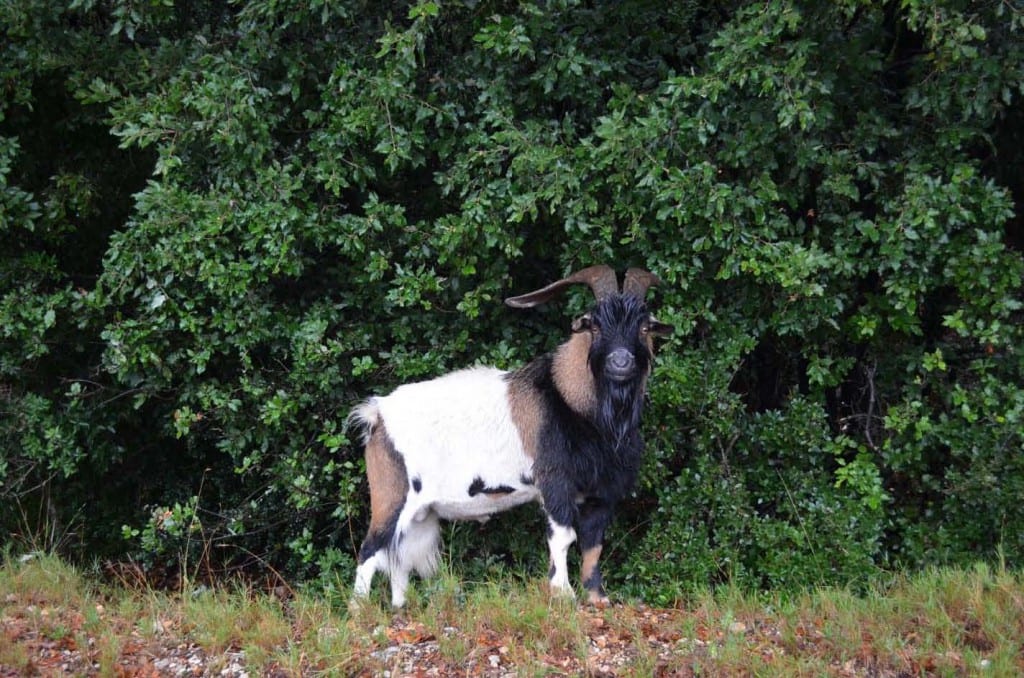 Local wildlife on our way to Avignon.
What better way to escape the cold, then to head south for a weekend of exploration. With a few friends our original plan was to kayak down the Ardèches, an iconic river known for its 60m long Pont d’Arc (stone arch bridge), but the weather had other intentions. From the moment we arrived the rain was relentless. Of all weekends, this was the only one all season which saw such torrential showers actually leading to multiple landslide deaths. The river is beautiful and with the fierce rigor of the rain it exudes a threatening strength to all who dare to enter. Based on the temperamental weather conditions we split into 2 groups with one jumping into the tumultuous rapids and the other exploring on land to experience Marseille. I was in the latter. 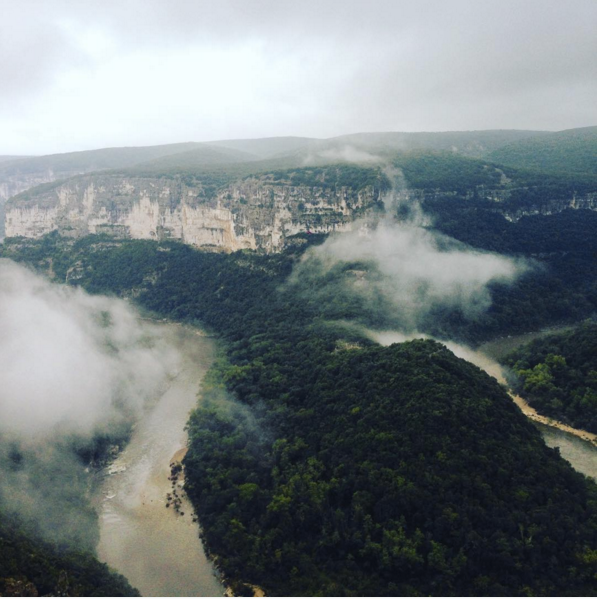 The temperamental weather of the Ardeche from above.
We grabbed the car and headed to the village of Pernes-Les-Fontaines for lunch, thankfully amidst the pouring clouds one restaurant was open, a cosy couple-run bistro. Originally from Marseille, the couple were hospitable and enthusiastic to introduce us to regional delicacies: seasonal chestnut soup, snails in a Catalan style (tomato-based), and local river fish. By the time we finished eating there was just enough time to squeeze in some sightseeing before heading back to pick up the few who had decided to face the rapids. 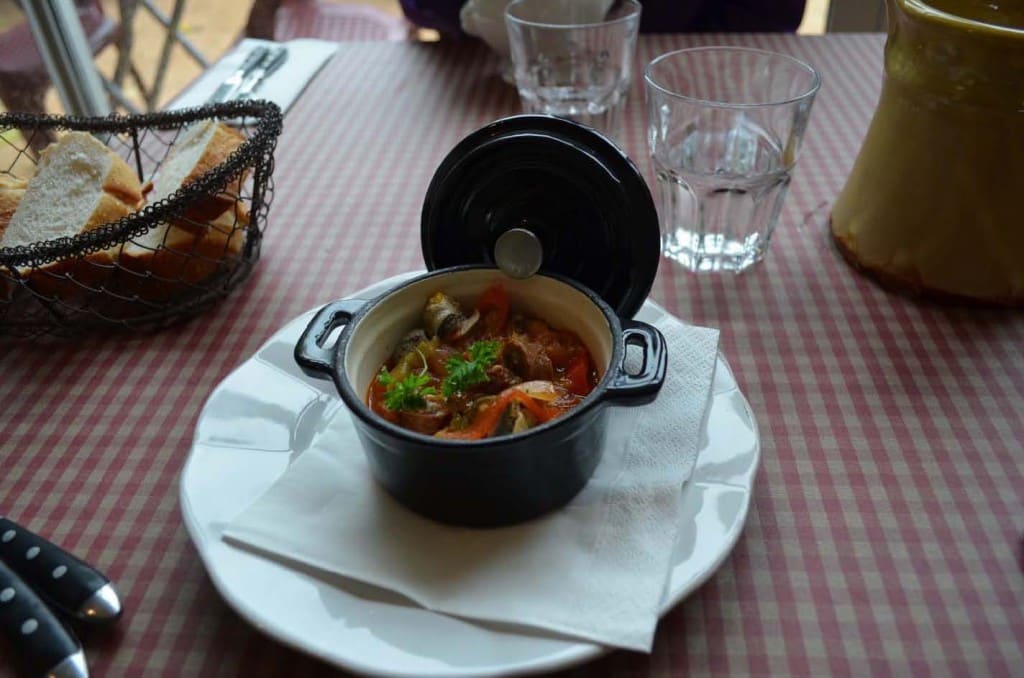 Catalan escargots at a village eatery.
We jumped into the car and headed to the Grotte de la Madeleine, one of the many caves in the region with breathtaking stalactites and stalagmites. Amazingly extensive and educational, the tour came with a full symphonic performance accompanied by light show within the cave. We were so blown away with the grandeur of the spectacle we completely lost track of time. Realising just in the nick of time, we discretely exited the caves and speedily drove along the mountain edge back to the gorge of the Ardèches. 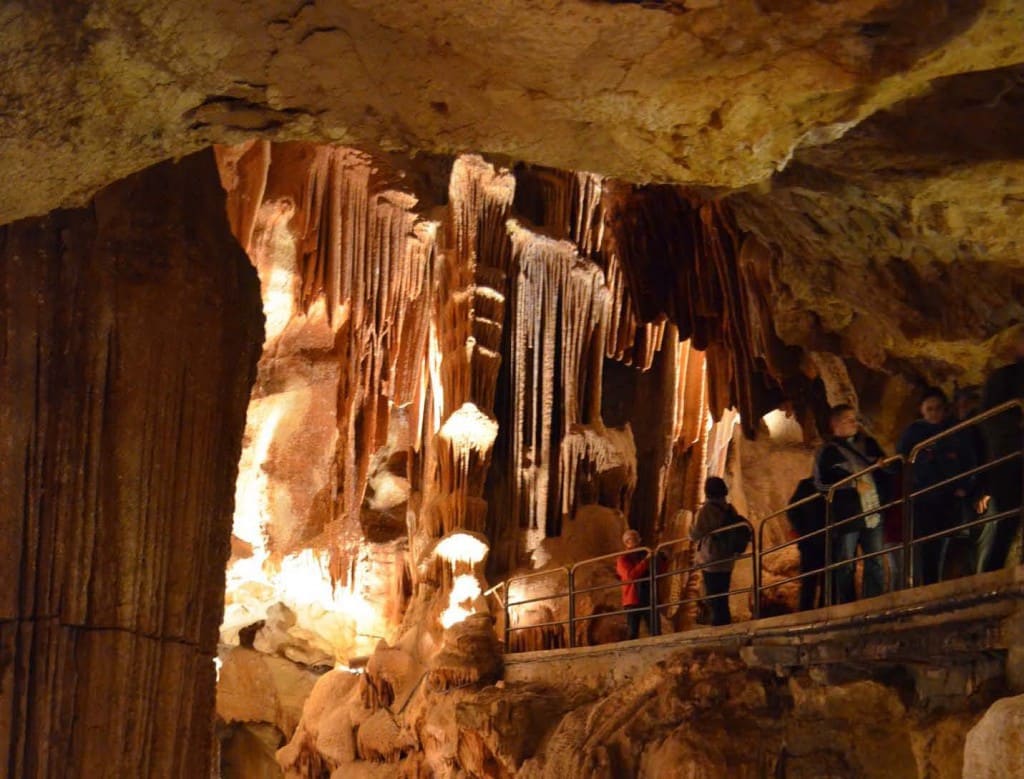 The Grotte de la Madeleine.
The night ended with a meandering around the historic city, which is a must for anyone in the area; consequently followed by a desperate search to find a post dinner drink, which apparently is as challenging as kayaking during a torrential storm. Exhausted and full of delicious bouillabaisse, we spent Sunday touring the historic town of Avignon by daylight, including the towering Papal Palace and iconic bridge. The getaway was just what was needed to reenergise from the intensity and insularity of school and hopefully not the last time I find myself in the south of France. Next on the agenda: Singapore. 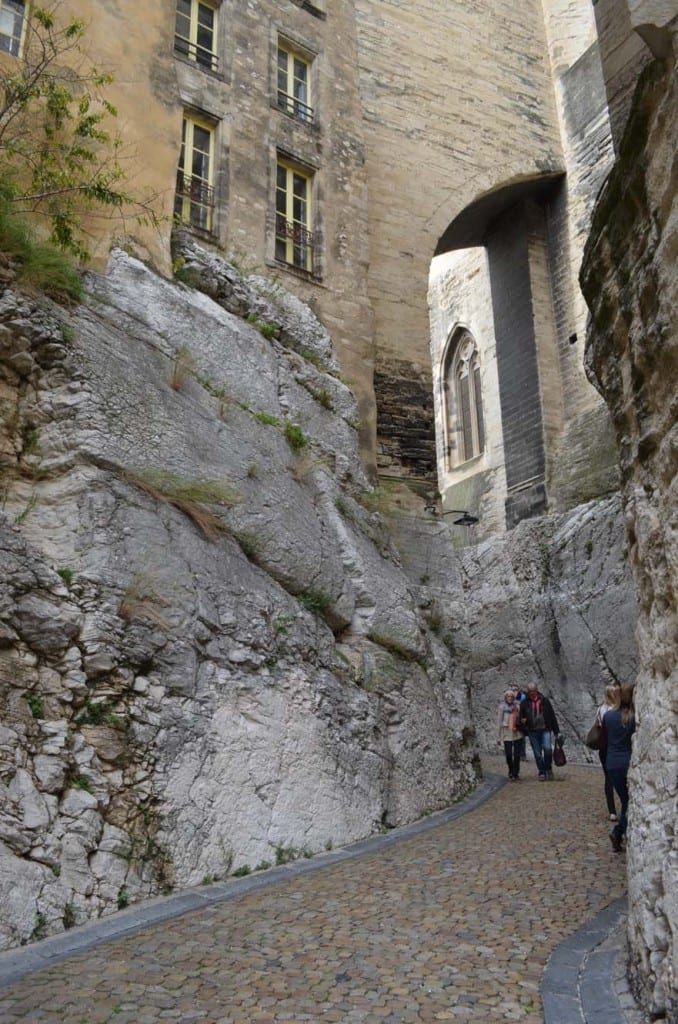 Wandering around the Papal Palace.

Sarena is an explorer constantly on the move – living on 5 continents and 11 countries later she has landed in the village of Fontainebleau, France where she is currently pursuing an MBA. She is passionate about embracing diversity and holds a perpetual curiosity for discovering new cultures. With okonomiyaki in one hand and tayaki in the other, Sarena has previously lived in Osaka and Nagoya, eating her way through Japan. She is now learning the art of enjoying daily life from the French.