Kreuzberg borough, the site of the new office I moved to, is like the last bastion that still has traces of the punkish good old days right after the fall of the Berlin Wall. It’s the most popular place for the young people, primarily university students and artists. There are also lots of wonderful artists in the borough who have been around since the 1970s. It’s nothing out of the ordinary to be going to bars as usual and find yourself sitting next to a very big artist.One night, I went a favorite bar of my friend’s, Graf, who is a sound artist and shares the Onpa flat that is my new office. He whispered to me, “Hanyu, tonight there’s someone incredible here. I’ll introduce you.” As I was wondering who it could be, I ordered my usual, a Club Mate rather than alcohol. Then, with Beck’s beer in one hand, Graf started walking toward a man sitting in a different seat. They toasted each other with their bottles of beer. After a few minutes of talking while standing, Graf brought him over to our seats. 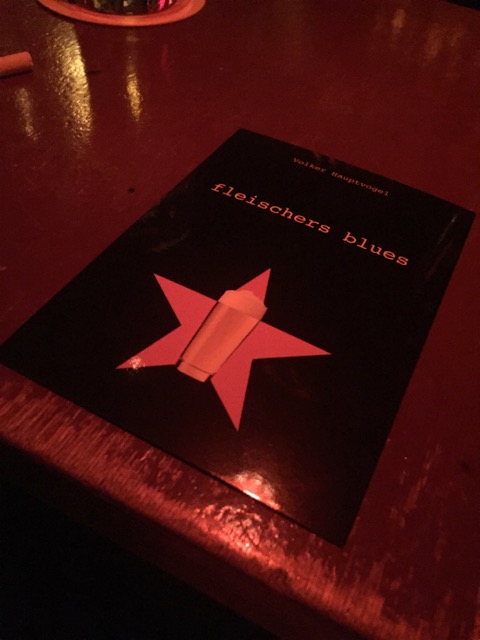 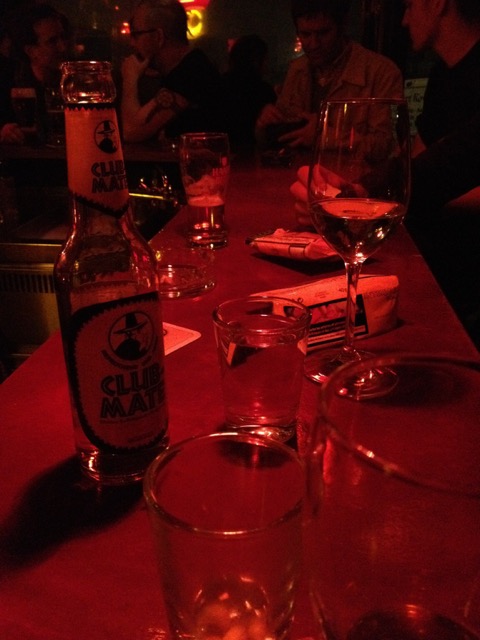 The man introduced to me was the artist, Volker Hauptvogel, who the media called the first punk musician in European music history. A former journalist, he put together a band in 1978 in what was then West Berlin. The name was Mekanik Destrüktiw Komandöh. A direct translation would be, “destructive attack corps of machine repair technicians,” which sounds like an unruly band. But what is interesting is how this band’s name was spelled. Compared to what could be called standard German spelling, the name is spelled strangely, and if you read the spelling aloud, it becomes apparent that the spelling faithfully expressed a regional accent. I wonder how natively they carried out punkish activities in the 1970s. That night, Volker was carrying a book, which it seemed he was promoting. It was a book he wrote about the punk scene in Berlin. Saying he would give it to me, he matter-of-factly explained its contents. In the book are photos of him when he was young. Wearing a leather jacket, he had a shaved “skinhead,” was thin, and wore studded clothing. Thinking it was stereotypical punk, I looked again at the man in front of me. The Volker today in 2016 who was drinking in this bar was plump, with a rather heavy-looking belly, and had become a natural “skinhead.” He looked like a nice middle-aged man—a Berliner with a pleasant smile. He actually made me an offer, saying, “Hanyu, if you read this one book, you’ll be able to understand everything about the European punk scene that leads to now. Why not publish it in Japanese some day?” Come to think of it, among the musicians playing electronic music of the type that also appear in modern art, there are definitely lots of artists who were once in very punkish guitar bands. Frank Bretschneider from Raster-Noton is one of them. Volker even signed his book for me and gave me the CD version. I regret that I have only a superficial knowledge of punk history. And that is how another stimulating night came to an end. 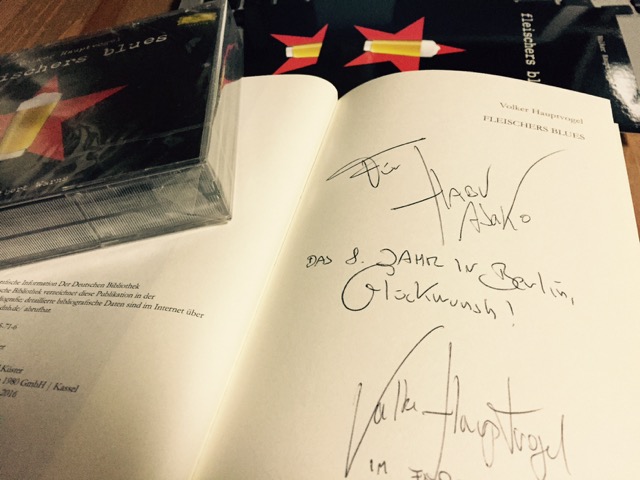