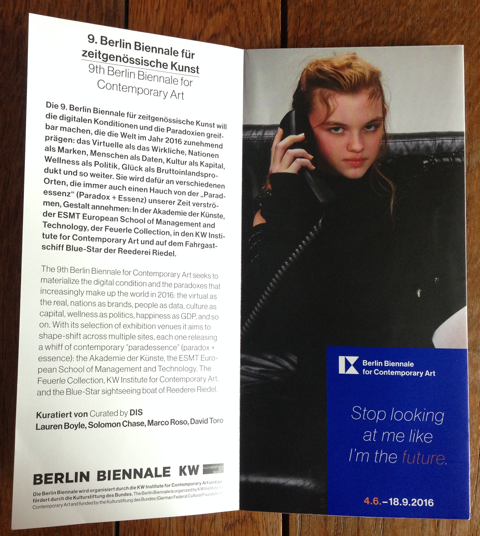 This year, the Biennale features the works of media artist Hito Steyerl, an unmissable experience. This half-Japanese woman born in Munich is currently well known as a Professor in the Media Art Department of Berlin University of the Arts.She has two pieces on display, the video works “The Tower” and “Extra SpaceCraft.”The works are based on difficult problems facing the world today, with 3D images that express both the past and the future from a particularly profound and interdisciplinary viewpoint. The story is laid out with both past and future together forming one storyline, delivered as conceptual images.For example, in one of the pieces, the protagonist was formerly working in a Soviet Union military installation. Now in the 21st century, the land where the military installation was is now in the Russian-occupied part of Ukraine. The protagonist is shown establishing a 3D video production company in this territory.The other piece is focused on an observatory in Iraq built in the 1970s. The protagonist once operated as a guerrilla in the mountains and received training as a drone pilot in the Iran-Iraq War. After the war, he is seen attempting to film the observatory using a drone. These are stories where the past and present time axes are kind of melded together.A building that appears in both of the works is the Tower of Babel, the reconstruction of which was attempted by Saddam Hussein. In ancient times, people looked up at the stars in order to learn the reality of life and to be closer to God by building the Tower of Babel. These days, people only look to the sky when they are wishing for a Wi-Fi signal they can connect their smartphone to. As Hito Steyerl inserts such ironies into her work, the 3D video production company in occupied Ukraine and the observatory in Iraqi Kurdistan are expressed as virtual objects in which the artist superimposes fiction with reality using regions with a common theme of being under surveillance for terrorist activity. 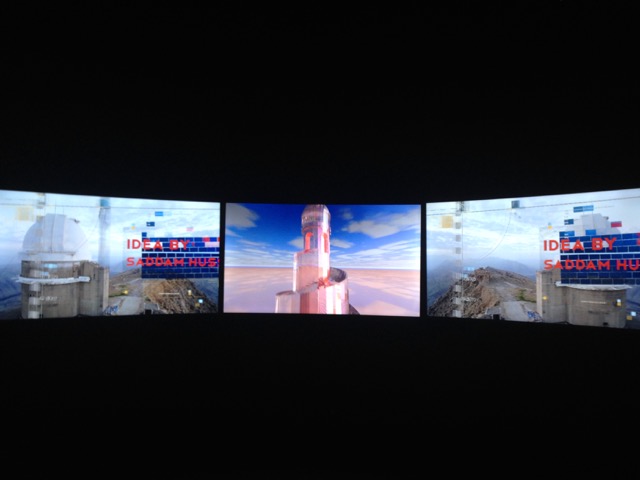 How far apart do they do they exist for us now, the site of a real war and the site of a cyber war? How political thinking continues to propagate in digital society and the kind of impact it has on people’s behavior is thought-provoking. At the same time, you can see that from the perspective of media art, the path to the completion of her work is the result of the artist’s pursuit of her own distinctive esthetic. She emphasizes the inseparable relationship that exists between esthetic and mathematical thinking. She is in fact using “mathematical modeling” as a term in the art world. The search for data on what will or will not become reality with “prediction,” “the yet unknown future,” and “expectations for future values and behavior” can actually be perceived in mathematically abstract art. These interpretations are fascinating! The artist explains that when she read Paul Krugman’s column regarding the mechanism of occurrences of economic crises, she was impressed at how elegantly expressed the data formation was and how fascinated she was with the mathematical data.The concept of taking abstract concepts beautifully expressed in the world of art and transposing them into the world of mathematics suited my way of thinking just perfectly. This display clearly conveys how Future Was Future encapsulates her view of the world. 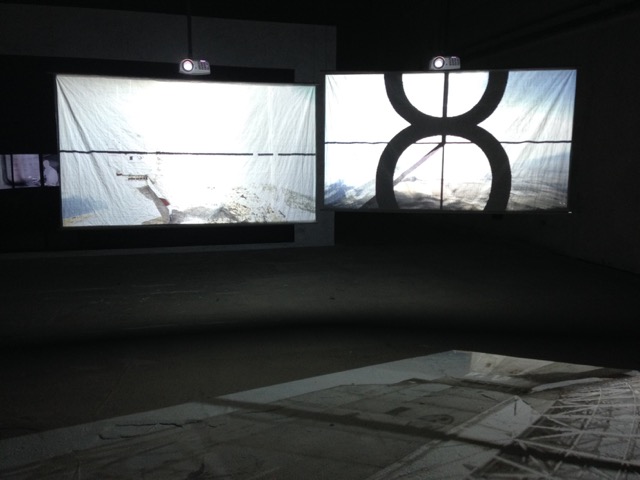 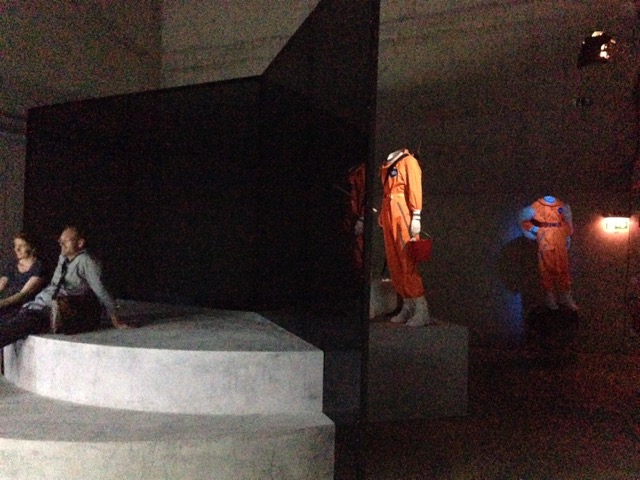