This blog post I would like devote to the five cultural differences I have encountered the past few months since I have moved to the United States. It is these things which make the American experience interesting and also sometimes confusing. However, having some knowledge about these things can also come in handy when coming to the United States for the first time. As America is a very big country, I cannot say these differences are to be found all over, but they are at least true for Michigan.1. Everything is really big. Houses are big, roads are broad and long (there are straight roads you can drive for 2 hours), cars are huge. This is very different from living in Amsterdam and also from big cities in Japan. People have a lot of space. For my (and compared to Japanese) standards, it feels very luxurious and comfortable. Then, something less convenient is that products in the supermarket are also of big quantity; it is difficult to shop for a one- or two person household. Also portions served at restaurants are enough to feed two people. Luckily, any restaurant provides boxes to bring home the leftovers. Maybe the portions are intended to be too big as part of good service. 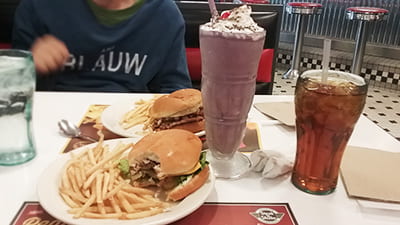 2. “Hey, how are you” is the standard greeting here. This was quite confusing to me at first. In the Netherlands “How are you?” is also a standard greeting, but it also invites the other person to quickly summarise how they are feeling, why and what they have been up to, whether it be positive or negative. Not in America. The appropriate way to respond is “Good. How are you?” or just “Hello”. Anything more elaborate will be answered with a silence, a look or a nervous smile. Quite uncomfortable. Small talk in The Netherlands and Michigan is definitely somewhat different. 3. There are American flags everywhere. When driving around you are sure to pass a few American flags posted along the road, in front of shops or car dealerships, or outside people’s homes. Also this is not limited to holidays or special events, but they are a normal part of outside scenery. In the Netherlands we only put out the national flag on special days, and I don’t remember seeing a lot of national flags in Japan. In America it is a display of love for their country. 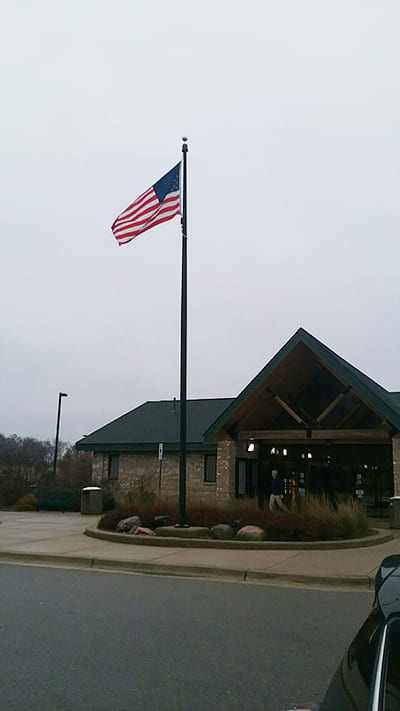 4. Grocery shopping is not something you quickly do between errands. Most grocery stores are huge and you will be walking a lot to get everything you need. Unless I was buying just 2 or 3 items at an odd time, I have yet to succeed at “hopping in and out” of the store in less than 15 minutes. Also, people tend to buy a lot of groceries in one go, so it is not uncommon to have to wait 10 to 15 minutes for your turn at the register, especially on weekends. 5. The news has an informal and chatty feel. The extent of this varies per newschannel, but the newscasters lightheartedly comment on the topics and also talk about personal experiences in between. It conveys the news a lot more casually than Dutch news which seems a lot more stiff and objective. I know that in Japan there are also jouhou bangumi (‘information programs’) which treat the news in a similar way, so Japanese might be more used to this kind of format. Another thing, which I am sure if also strange to Japanese, is that every morning there is news of cars accidents and shootings injuring and/or killing people. People drive their cars here everyday to get around, so more accidents are no surprise, but getting used to people getting shot every day is harder. To give an example, this year there have been nearly 4,000 shooting victims and 685 homicides in Chicago alone (!) according to the Chicago Tribune. Living in a country where firearms are accessible and these kinds of numbers are normal, is quite shocking. 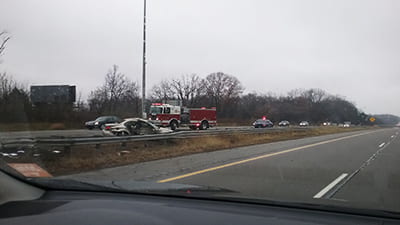 Although some cultural differences are easier to get used to than others, they make up what is a unique experience. Even the little things. I hope this article has provided some insight in American daily life.