Although when entering the city for the first time it may seem to have arrived to a very urban and metropolitan city, Portland is considered the most eco-friendly city in America and it features parks, treasure-filled flea markets, an extensive citywide recycling system, a great network of public transit and many notable restaurants which tend to favor locally grown products. Portland also has the largest community of vegetarians in America; some even began moving here since the late 1800s when the members of the Seventh-day Adventist Church, who adhere to strict dietary rules, chose to settle here. 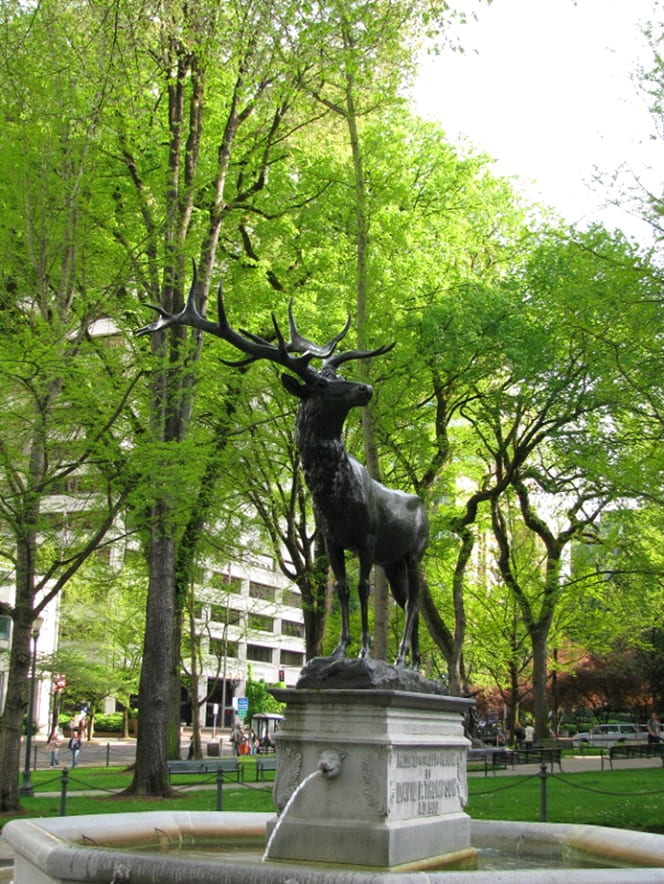 In Portland one can find the first vegan-friendly bed-and-breakfast in America and a unique-of-its-kind vegan strip club where the food is free of animal products and so is the dancers' attire (no fur, no leather, no silk and no pearls).  The city of roses also presents the first vegan shopping mall in the world which hosts a vegan minimarket, a vegetarian pet shop and even a vegan tattoo parlor, where only inks free of animal byproducts are used. 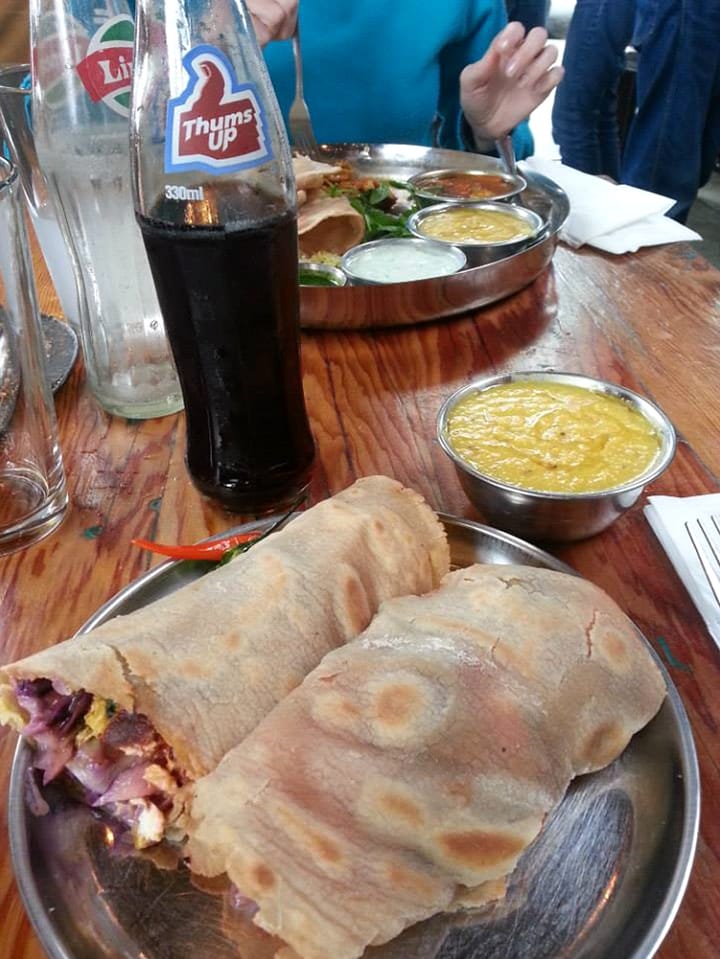 ‘Food Fight!’ is a rare, all-vegan minimarket in the middle of what is believed to be the world's first vegan mini-mall, which supports alternative lifestyles and esoterica.  The Animal Protection Association of America calls the city “a true mecca for all vegetarians and vegans.”   A lot of customers visiting the mall aren't necessarily vegans but are interested in learning more about the health benefits of a vegan or vegetarian diet. The respect for the environment is in line with the spirit of the Pacific Northwest.  Historically, Oregon was the first state to make a law establishing a refundable deposit on plastic bottles and cans, creating a recycling revolution which then spread to other States. Nowadays, Portlanders recycle up to 70     percent of their home waste, which is one of the highest rates in the USA. Most private homes, condominiums and restaurants are equipped with compost bins and recycling receptacles are found all over the city, on street corners and inside apartment complexes. Portland has been the first city to introduce timed traffic signals to reduce gas consumption and cut toxic emissions and the city offers a low-cost bike rental service to citizens and visitors alike. As I previously mentioned in my first blog, Portland is a friendly place to ride a bike, with more than 300 miles of dedicated paths and lanes and bike racks are available on the city’s public transportation, which is an environmentally friendly and inexpensive way to get anywhere in town. 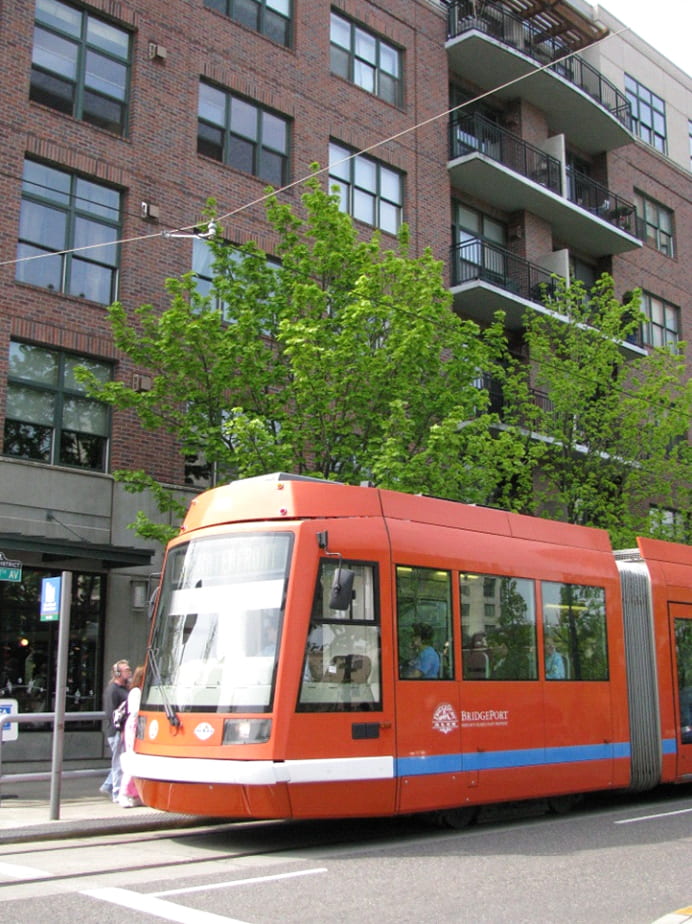 Since 2000, the Green Building and Development Program association in Portland has worked with residents, businesses and community partners to promote sustainable building practices in the city. Portland has one of the highest numbers of LEED-certified buildings (buildings which have been approved for energy efficiency and environmental protection characteristics) per capita in the USA such as the 18-story, 450,000-square-foot Edith Green-Wendell Wyatt federal building or the 716,000-square-foot Lincoln Center. The city offers over 300 parks covering more than 40,000 acres of green space, and about 50 community gardens where the city dwellers can rent a lot and cultivate their own veggies.  Many local businesses get a subsidy from the City if they show an effort to protect the environment in their practices and some local shops – in perfect line with Portland’s weirdness and creativity – have found unique ways to save energy and promote their stores.  One of the most creative ways to save energy came from a local Smoothie shop which has chosen to use the power of pedaling for blending its drinks.  One has never seen it all in Portland! 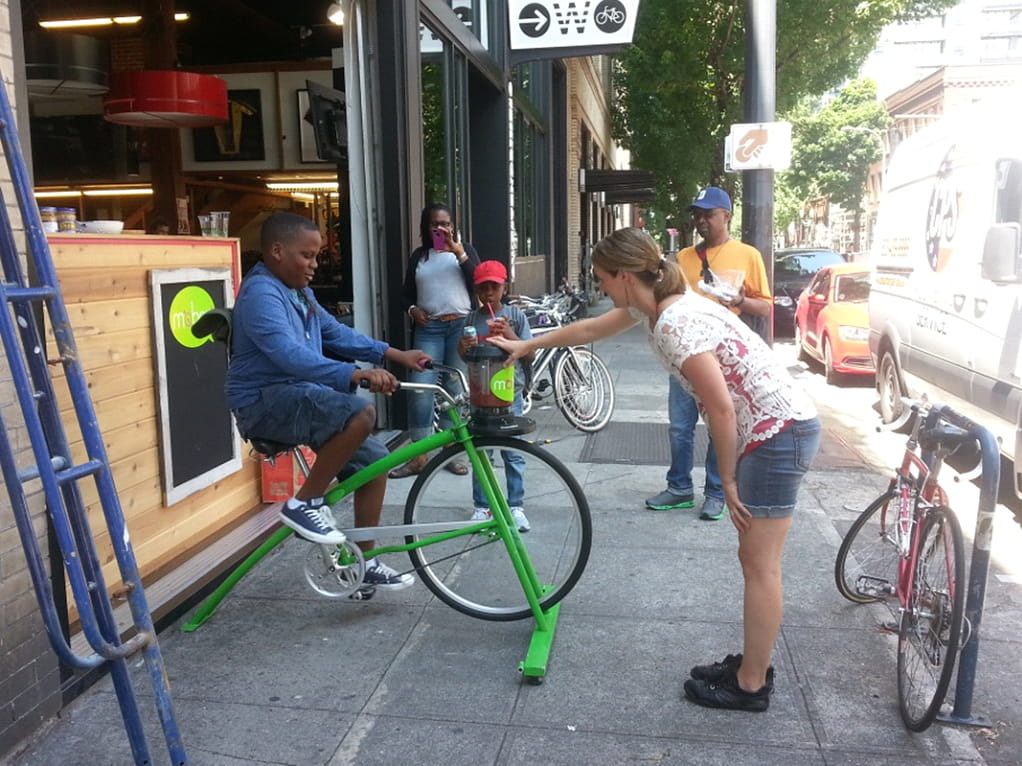