When it comes to late-night snacks in Shanghai, crayfish (written 小龙虾; pronounced xiao long xia) is by far the most popular. Munching on crayfish while chatting with good friends and a beer in one hand, it simply doesn’t get better than that. But just why is Shanghai so crazy for crayfish? Let’s start by talking about its origins.Crayfish originally inhabited the United States, and were introduced in Japan during the 1920’s. Then during the 1930’s, the Japanese brought crayfish to China. Due to the lack of predators and their vitality, crayfish population grew rapidly. They used to inhabit sewers and were commonly seen in lakes or ditches around the Hunan, Hubei, Jiangsu and Jiangxi provinces.It was during the 1980’s that crayfish began to be seen as food. A chef working for the Jianghan Oil Field Plant at an oil field development site in Qianjiang, Hubei province, cooked crayfish in oil, which he found to be surprisingly delicious. That was the beginning. Then later during the early 1990’s, this cooking method of frying crayfish in oil spread from Qianjiang, Hubei province, to Wuhan.In the past, the consumer market for crayfish was focused mainly on the midstream and downstream regions of the Yangtze River (e.g. Wuhan, Nanjing and Shanghai. Xuyi in Northern Jiangsu was the most well-known producer of crayfish). Now, however, they are popular all over China.Shanghai’s Shouning Road is a spot where crayfish-loving foodies come gather in the evening. The irresistible aroma of crayfish fills the air on this street, with lines of street stalls and crowds of customers each night. 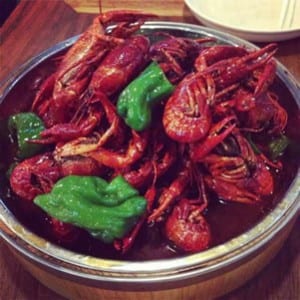 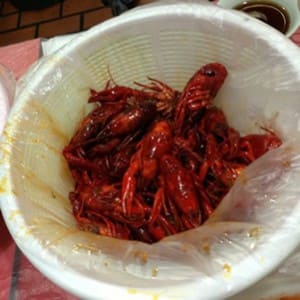 The most popular flavors are 13 spice (written 十三香; pronounced shisan xiang) and mala (written 麻辣; pronounced mala). 13 spice is cooked by frying the crayfish in oil first and then immediately dipping it in a sauce made of 13 kinds of spices for five minutes. The dish is complete after the spices are fully seeped in. Because fresh crayfish are fried in oil, the meat has a chewy texture, and when combined with the flavoring of the 13 spices, they are irresistibly mouth-watering, and you just can’t stop eating them.The mala flavored crayfish is similarly fried in oil once. Then, after quickly stir-frying white leeks, ginger, garlic, Sichuan pepper, chili pepper and Chinese anise, the fried crayfish is added into the pan and stir-fried together with the seasonings over high heat. The Sichuan pepper and chili pepper adds a strong punch, making your tongue feel numb from the spiciness, but it’s very delicious.Crayfish isn’t the only food loved around here. There are also the hot and savory horned turban as well as the mantis shrimp with salt and pepper. The horned turban dipped in red sesame oil looks delicious the moment you see it. It does look spicy but in reality it really isn’t. The mantis shrimp with salt and pepper is also my go-to dish. The flavor of salt and pepper in Shanghai is a bit different from Japan, so I highly recommend you give these a try. 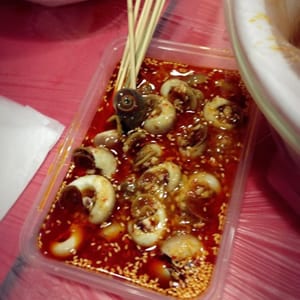 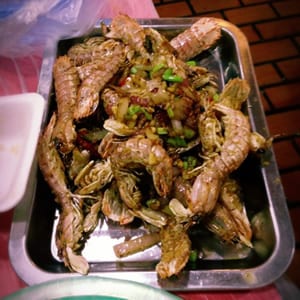