From the 17th century to the 19th century, in the southern part of Brazil bordering Argentina and Uruguay, there were a people called “Gaúchos” - a mixed-race of the local natives and Spanish settlers - who worked as cattle-herders in an area called the Pampas (plains region). The southernmost state of Brazil, Rio Grande do Sul, is known as the Gaúcho state, while their grilled meat cuisine “churrasco” is representative of Brazilian culture. Gaúcho style churrasco is made by opening a hole in the ground, lining it with coal, seasoning the meat with only coarse salt, putting the meat on a skewer, and placing them on the ground around the fire. Even now, churrasco is made in this very way at events and such. Later on churrasco spread to different states. In some areas, fires could not be lit on the ground, so other forms of cooking such as barbecue pits were used. With that being said, the custom of seasoning the meat with only coarse salt and putting it on a stick has been left unchanged. Restaurants that serve churrasco are called churrascarias. At churrascarias, the meat is brought to customers while it is still on a skewer. This system is called “rodizio”. Tradition has it that during the late-1960s, a churrascaria was full and orders got messed up. Since it was so packed the waiters weren’t sure who ordered what, and the customers got very angry. It was then that the store owner decided to leave the meat on the sticks, bring them to the table and have the customers order what they liked on the spot. It is told that because of this episode the same methods are used today. São Paulo - also known as “Churrascaria Heaven” – boasts the most delicious churrasco, the fanciest churrascarias, as well as the largest number of them. This is because the people of São Paulo are known for being particular about the quality of  food ingredients. Even the salad bars have a head-spinning number of vegetables filled with fresh colors. If you don’t watch out, you might get full just from the salad bar! 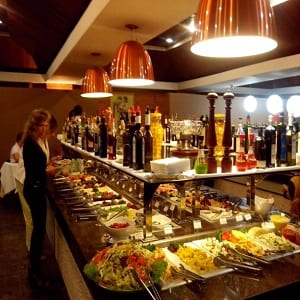 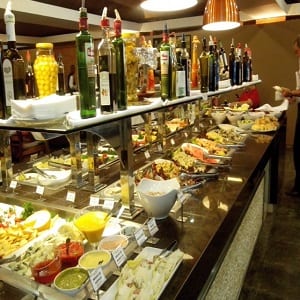 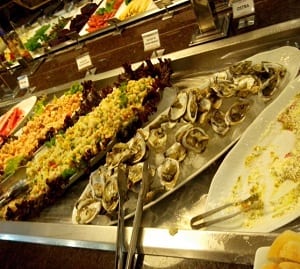 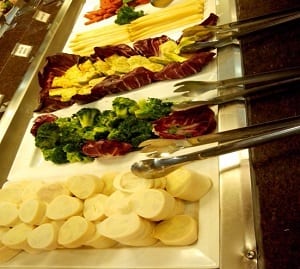 Meats are slow-grilled and carbonized on steel skewers and carried to the customer’s table as is, and the meat of their choosing is sliced before their eyes. Even though the meat is only seasoned with coarse salt, you can tell that the flavor of it is brought out skillfully. Many different kinds of meats such as beef rump, sirloin, hump, ribs, as well as pork, lamb, chicken and heart are all available for all-you-can-eat. 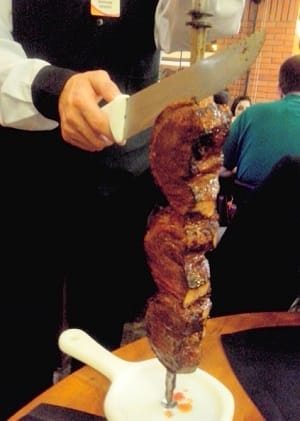 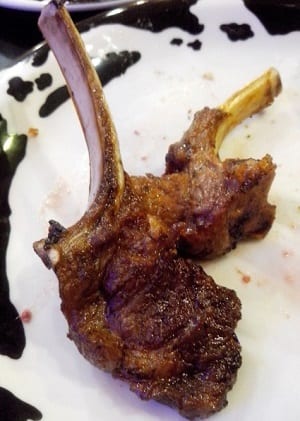 That’s not all. Italian pasta, Spanish paella, and even Japanese sushi are served at these restaurants, according to the customer’s liking. There are even some restaurants where the waiters dress up in cool looking Gaúcho clothes. Leave it to São Paulo! 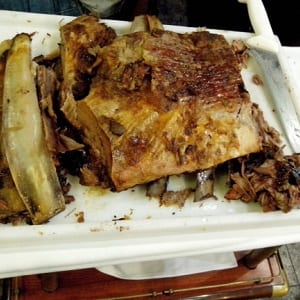 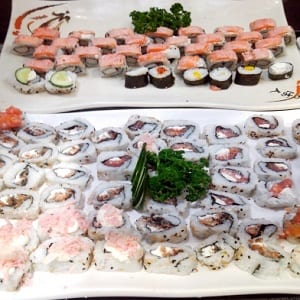 Churrascarias can also be used for end-of-year parties, birthday parties, and meals with family or friends. There’s no time limit for how long you can stay, so you can take your time - that’s definitely a plus! Churrasco - succulent, delicious. Please give it a try!