Walking around in the city of São Paulo, here and there you’ll see Catholic churches. In this country where 99.7% of the entire population considered themselves Cathlolics in 1872, that number has diminished to 64.6% according to data from 2013. Even still, Brazil is the country with the largest population of Catholics in the world. 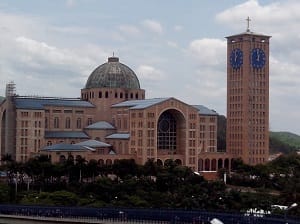 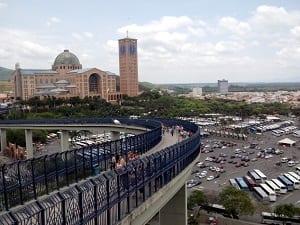 In the town of Aparecida do Norte, located 170km away from São Paulo, is the cathedral called Basilica of the National Shrine of Our Lady Aparecida.9 million people are said to visit this cathedral each year. With a total area of 18,000m2, the cathedral can accomodate 32,000 people, and is supposedly the largest cathedral second to the St. Peter’s Basilica in the Vatican. The origin of the statue of the Virgin Mary in Aparecida dates back to 1717, when three fishermen fishing in the Paraiba do Sul River caught the torso from the statue of the Virgin Mary in their net, and later caught the head as well. After placing the image onto their boat, they cast their nets and caught a large amount of fish. The fishermen brought home the statue and made a shrine for it, to which their families and neighbors began praying. The miracles of the Virgin Mary’s statue continued to expand, and a chapel was built in 1745. Believers continued to grow in number, and the previous cathedral was constructed in 1888. Pope Pius XI declared official recognition of this statue of Aparecida (Nossa Senhora de Conceição Aparecida) as the Patroness of Brazil in 1930. October 12 in Brazil is a national holiday called Our Lady of Aparecida. 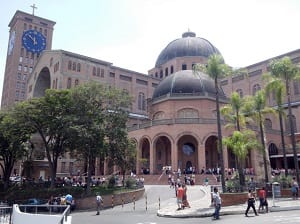 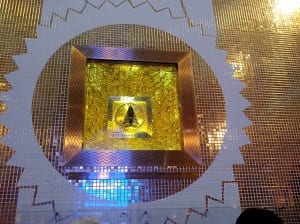 The new cathedral was completed in the latter 20th century, and has become the most visited location among Latin American believers. In the past, Pope John Paul II, Pope Benedict XVI and Pope Francis have visited this cathedral. 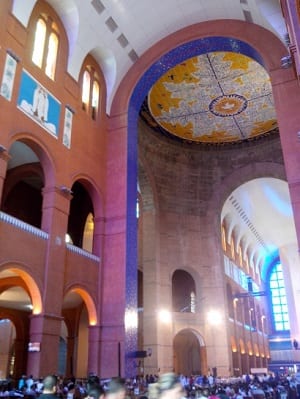 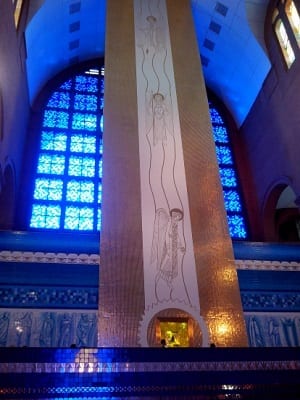 The dome at the center of the cathedral is 70 meters in height, and the structure is simple yet solid. Inside the cathedral is spacious, giving the feel of the strength of the Catholic faith. The previous cathedral is at the central part of town, employing baroque architecture that uses marble and wood. Its restoration work that took eleven years was finished in February 2015, and now looks very beautiful. A 392-meter pedestrian bridge connects the cathedral with the previous cathedral, which is 35 meters from the ground at its heighest point. In order to make a petition, or to show appreciation for an answer to their petition, some believers walk across on their knees. 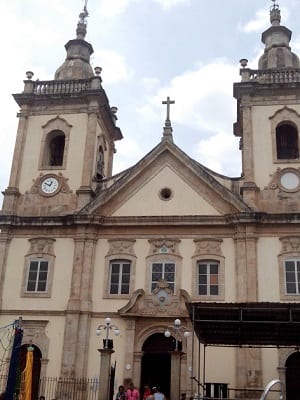 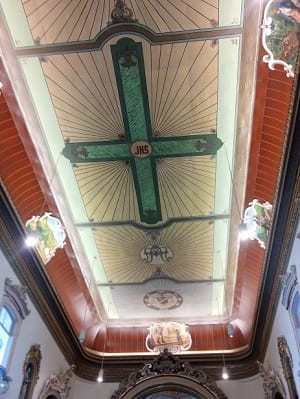 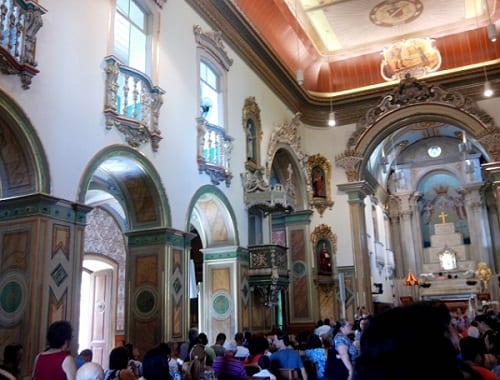 The word “Deus” refers to God in Portuguese. Its contained in some expressions that are used often by everyone in daily life. For instance, if someone says to you, “see you tomorrow,” then you’ll respond with “Se Deus quiser!” (meaning “if it is God’s will”). It expresses the thought that God’s will is greater than your own. Or if someone says, “I’m happy for you,” then you would say, “Graças a Deus” (meaning “it’s thanks to God). God has always been important in Brazil.