Herbal tea, or “Kräutertee” in German, is consumed just as widely as regular tea or coffee in Germany. If you catch a cold or have some digestion problems, a nice drink of herbal tea – such as chamomile – can be enough to make you feel better. You could say that it is one of the naturopathic methods used to keep German families healthy. Let’s look at some German herbal teas in more detail!   Kamille (Chamomile)
Renowned for both its sleep-inducing and relaxation effects, chamomile is the familiar European folk medicine with the longest history. (However, those with allergic reactions to Asteraceae should be careful with it). Chamomile strengthens your stomach, helps you perspire and also has anti-inflammatory effects. It is also deployed on colds, headaches and female disorders.  Fenchel (Fennel)
Fennel is characterized by its sweet smell and bitter taste. It accelerates digestion, deodorizes, and in Germany, is even drunk by babies from the age of just two weeks! As both herb and condiment, it has also been used in food, medicine and cosmetics since time immemorial.  Pfefferminze (Peppermint)
Peppermint has long been a medicine for lighter forms of sickness. It can be used for stomach-strengthening, anti-nausea and anti-seizure purposes. It also initiates perspiration to cool down your body, and helps you recover post-sickness. It is especially effective in soothing the bile duct, stomach and intestines, killing bacteria and fighting viruses. Furthermore, its essential oil can combat migraines, headaches and nerve pain, and also helps unblock your nose when you have a cold.   Salbei (Sage)
Sage has been famous since ancient times as a medicinal plant rich in beneficial effects. It is especially good for killing bacteria, accelerating digestion, lowering fevers, purifying the blood and acting as an antiperspirant. People often drink it when they have a cold or sore throat. (Pregnant women should be careful with it, though). It also deodorizes meat, and is used as a spice for sausages and processed food.  Thymian (Thyme)
Thyme was once used to inspire bravery in the warriors of Ancient Greece, and to help prevent nightmares (and thus encourage peaceful sleep) in the Middle Ages. Hence, the theory goes that thyme tea is effective against nervousness or anxiety disorders. It also helps sufferers of asthma and bronchitis expectorate better. It is often used to add flavor to various meats, soups and stews.  Lindenblüte (Linden flower/ Tilia)
Linden flower helps you both perspire and detoxify, and is often drunk by people with a cold. As it also helps relax your nerves, it makes for recommended drinking before bed.  Weißdorn (Hawthorn)
Hawthorn has the effect of strengthening your heartbeat and facilitating blood circulation.  Melisse (Melissa/ Lemon balm)
Lemon balm’s principal effect is to relax your nerves, thus making it effective against cardiac neuropathy, insomnia, fretfulness, temper tantrums and more! It has been widely consumed in herbal tea for generations, and is seemingly effective in battling chronic bronchitis, fevers and headaches.

If you have a particular health problem, you drink a particular herbal tea. I was interested as to which tea contained which herbs, and so I decided to investigate. (There are some teas in the list with medicinal effects which suggest they should neither be consumed by children under 12, nor by pregnant or breastfeeding mothers. Brew your tea for 5-10 minutes, and choose whether to drink it straight, with sugar or with honey.) 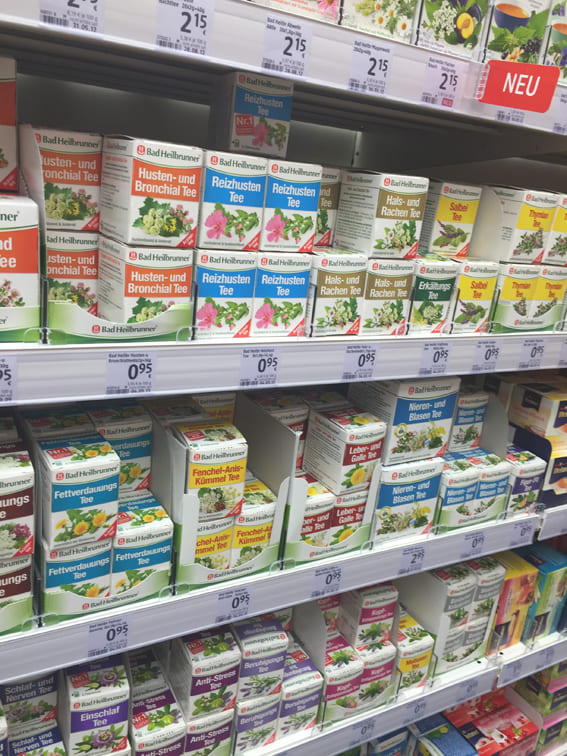 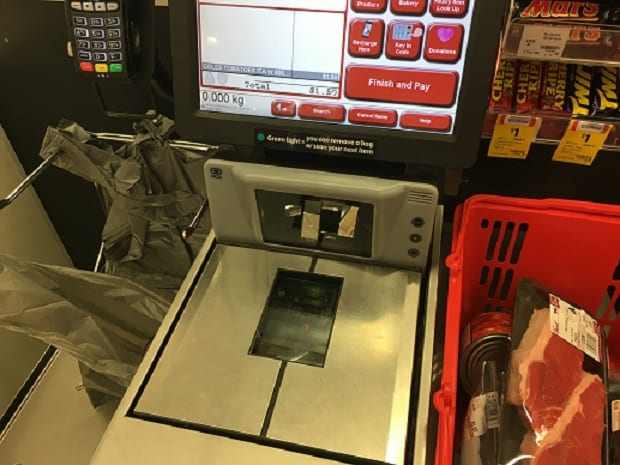