The word maibaum is made up of two German words, mai for “May” and baum for “tree.” On April 30, the day before May Day, a maibaum (maypole) is erected in the square of each city and town. Some use a new tree every year, while others reuse the same pole each time. The exact maibaum tradition is different in each region. They may hang a large crown of a fir tree onto the pole, for example, or decorate it with numerous objects that look like nameplates. In the area where I live, they decorate a huge white birch tree nearly ten meters high with paper, the local people all pitching in to support the maibaum from below with long poles—or sometimes even hoist it up with a crane. It’s quite a sight to see. Everyone calls out to help make sure the maibaum is straight, and it takes some sophisticated techniques to stabilize the base of the large tree with wooden pegs as well. 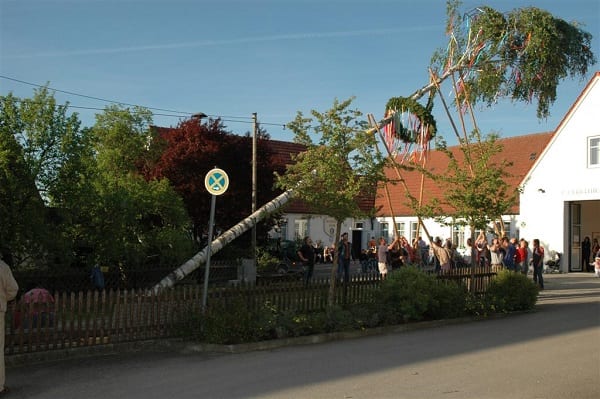 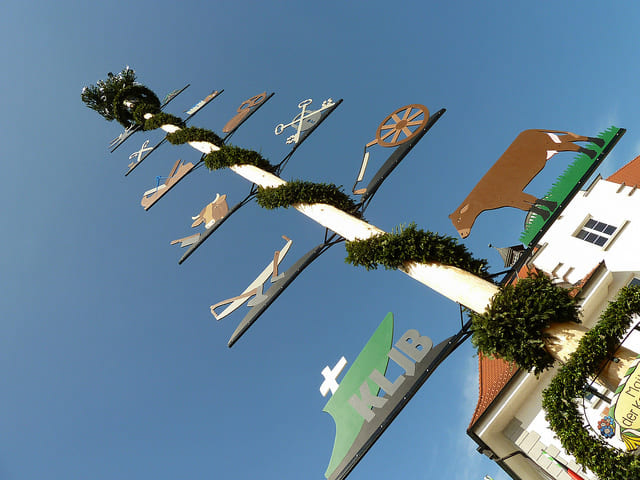 One of the more recent trends is the Tanz in den Mai (Bring in May with Dancing!) event held on the night of April 30. Germany has a lot of music that is great for dancing, and on the eve of May 1 you’ll find Germans joyfully dancing in the restaurants and bars around town. 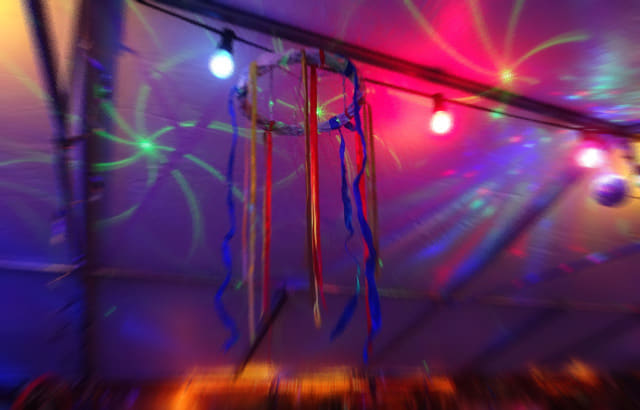 The practice originally comes from the tradition of Walpurgisnacht (Walpurgis Night or Hexennacht (Witches’ Night), which takes place between sundown on April 30 and sunrise on May 1. On this night, witches are said to hold a large celebration on the Brocken in Harz and await the arrival of spring. In many parts of central Europe—particularly the northern countries—the people still have a tradition of lighting bonfires to chase away winter. 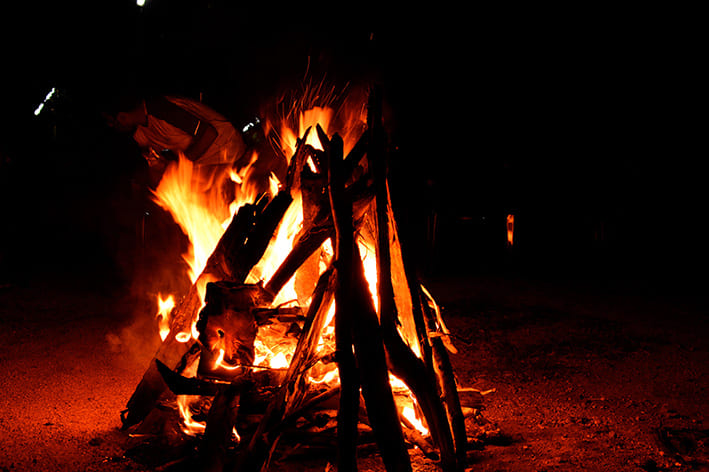 Munich lies at about the same latitude as Hokkaido, so the weather is still unpredictable in April, and early-morning temperatures can dip as low as 0º Celsius. It’s not uncommon to see snow or hail in May, either. That’s why the Maifest Celebration that heralds the arrival of steady warm temperatures in May is such an important event to the Germans.Ironically, May Day is also celebrated internationally as Tag der Arbeit, or Labor Day, which in most countries celebrates the arrival of summer. It’s also a day to celebrate the service of laborers or in some cases hold demonstrations in the hopes of bettering their working conditions and social status—making it a complex day indeed.Japan celebrates in early May as well with Golden Week. Just as Children’s Day on May 5 finds carp streamers fluttering in the breeze across Japan, German towns have their enormous central maibaum plus smaller maibaum on the eves of homes everywhere—both countries flooding their spring skies with smiles. 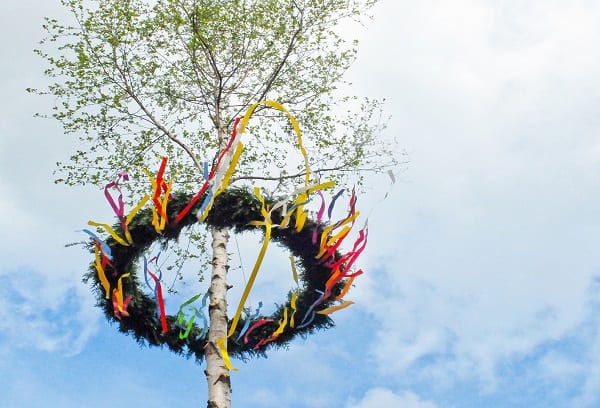