Last May, I told you about tuna fishing in Spain. In this post, I’ll talk about eels. People in Spain also eat eel (anguila) prepared in a variety of ways, including simmered and deep fried, but eel isn’t eaten throughout Spain. Instead, it’s more like local dishes are eaten only in certain areas. However, there is a glass eel (angula) dish known to everyone in every part of the country. “Angulas a la bilbaina” (Bilbao-style young eels) is, simply stated, a dish of glass eels sautéed in garlic and hot pepper called “ajillo” that has recently become known in Japan, too.  Glass eels are born in the Sargasso Sea in the Atlantic Ocean, thousands of kilometers away from Europe. Only about 1 cm in size, the tiny eels travel the ocean. When they have grown to about 4–5 cm, they reach the river their parents were raised in, where they grow into adults. They once again travel thousands of kilometers to lay eggs in their birthplace. Their lives are quite a grandiose drama. The young eel that finally reach the river to live out the main story of that drama are caught and eaten, so it is somewhat of a dark, grim story, isn’t it? But, it was a traditional dish in Spain and was particularly critical at Christmas and year’s end/New Year’s. Today, that has become a thing of the past. The primary reason is a sharp drop in hauls due to factors such as overfishing, environmental pollution, and climate change. As a result, glass eels are protected as an endangered species, and of course the price has skyrocketed. Glass eel has become a food that is out of the reach of ordinary citizens. Incidentally, it was traded at 6,230 EURO (approx. 800,000 yen) per 1 kg on November 4th in Asturias in northern Spain.* (This is a congratulatory prize rate in the first auction after permission for fishing.) Normally, a single serving is 100 grams, so a dish served at a restaurant at that price would be over 100,000 yen. 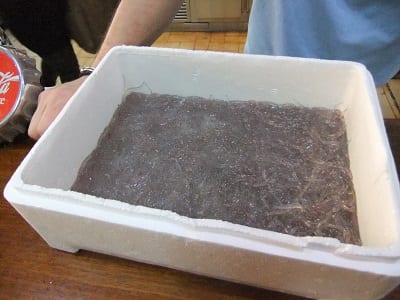 Photo 1: Freshly caught glass eels energetically wiggle around so much they look like they might jump up and bite you. They weren’t customarily eaten until about 50 years ago, so they were fed to pigs, similar to in Taiwan where they were used to feed ducks.
That is why glass eel that looks exactly like the real thing has appeared through the use of a manufacturing technique of which Japan is proud that can be called “imitation foods.” This technique has been refined through ganmodoki (imitation goose meat made of deep-fried tofu mixed with thinly sliced vegetables) and kanikama (imitation crab meat). However, naturally there are no poppy seed-like eyes or subtle crunchy texture of bone found in the real thing. The taste is, not surprisingly, artificial, but you can experience the feeling of eating eel at 1/100 of the price. 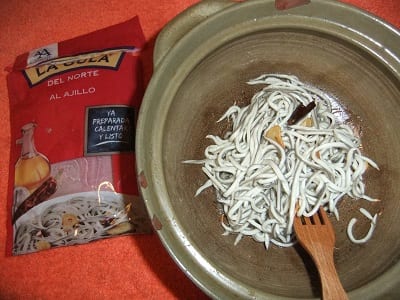 Photo 2: Ajillo made with imitation glass eel in a small pot used to make nabeyaki udon (noodles served hot in a pot).
Forgive me for boasting, but I was lucky enough to be able to taste the real deal during a business trip. It’s not that I won the lottery. I had the opportunity to visit Trebujena near the mouth of the Guadalquivir River, which flows through Cádiz Province, Andalusia in southwestern Spain into the Atlantic Ocean. In the early 1980s, this place was famous for catching 40 tons of glass eel a year. Here, there is a pub restaurant, El Litri that is called the “king of glass eel” (Rey de las Angulas). 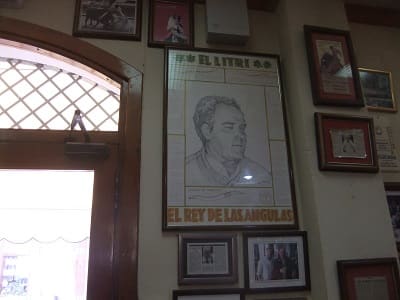 Photo 3: Portrait of the previous owner decorates the “king of glass eel,” Rey de las Angulas.
The truth is, in 2009 the haul had sharply declined to 300 kilos, and in 2010 the government of Andalusia decided to impose a 10-year fishing ban. That said, in other parts of Spain restricted fishing is permitted, so even at this restaurant glass eel dishes are served as before (the source is said to be a secret). I was able to eat a single serving of 100 grams at a price that would be unthinkable in a big city like Madrid or Barcelona. It was a delicacy that I hadn’t tasted for twenty-some years. 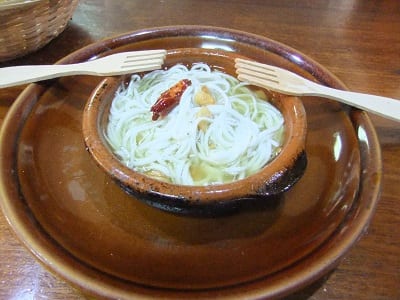 Photo 4: The calculation includes 100 grams per serving, or approx. 300 young eel. If they were adult eels, it would probably be the average amount that a Japanese person eats in unadon (a bowl of eel and rice) over a lifetime. They are entirely white, meaning that they have just swum upstream from the sea. When their time in the river is long, their backs turn gray. Since a metallic taste spoils the dish, they are prepared in an earthenware pot and eaten with a wooden fork. 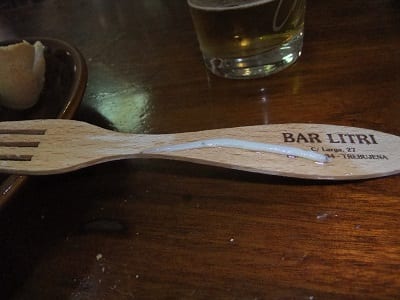 Photo 5: 6 cm per eel, around 0.3 grams
By the way, outside of this city a large film set was built for Steven Spielberg’s “Empire of the Sun,” which was released in 1987. When filming outdoor scenes, apparently Spielberg and the film crew ate glass eel sautéed in garlic and hot pepper. Though it’s cooked in the same way, in contrast to the traditional Bilbao style, it is called Trebujena style. * http://www.elcomercio.es/asturias/oriente/201511/04/precio-historico-ribadesella-angula-20151104120330.html