I am convinced that Milan really is a small town. If you go by car from the center, say from Duomo, toward the outskirts, within 30 minutes you are surrounded by cornfields. 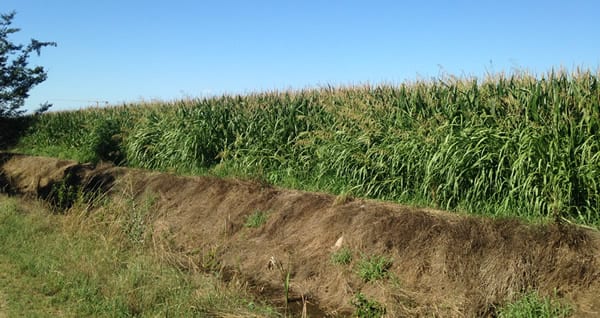 During the Milano Collection fashion week, the city center goes glamorous with tall models showing up around the city center and lots of events, inviting people to swagger along the streets lined with the fabulous residences of aristocrats handed down over the generations to the excitement of their imaginations and gazes filled with aspiration. But when you look very closely, you find that this fashionable and aristocratic Milan is surrounded by numerous monasteries and farms. Driving around Milan there are quite a lot of small signs pointing you to community or historical buildings, such as “… farm on right” or “This way to … Convent”. Following these signs out of curiosity mostly takes you along an extremely narrow road with fields a little below on either side. What’s more, the winding road is not one-way, and as your anxiety builds the road paved with asphalt turns to gravel. Then your anxiety intensifies as you wonder where the road is going, but, there’s no turning back: the only way is forward. Then a rustic looking building comes into view, you breathe a sigh of relief, and park in what seems like a parking lot, but could just be an extension of the gravel road, and you visit the farmer. You usually find that the farmer raises cattle, chickens and so on, and you can buy vegetables grown by the farmer or homemade foods.You buy some goods, handmade by the farmer, and you somehow dodge the oncoming cars on your way back home. But the gravel roads have covered your black car in dust, you don’t really feel like going again any time soon, and the only appealing thing about the trip was the freshly produced food items. That’s what I really felt about my little trip.Making things by hand to sell is very common among convents and monasteries, not just farmers. This includes things like soap and creams, not only food. In fact, the numbers of people becoming nuns and monks has dropped sharply in Italy in recent years.And although the number of Italians becoming priests is dropping markedly in Italy, the numbers of Africans, Asians and Central and South Americans are rising. But the monasteries have not found organizations to support the maintenance of the monastery grounds and buildings, and have had to attempt to maintain its operation through repeated trial and error.One such endeavor is the Mirasol Monastery, which is not very well known among the Milanese. I discovered something of the history of the monastery’s revitalization, whereby the monastery gives failed businessmen the opportunity to rediscover themselves and to put into action the management skills they have gained by leading a monastery lifestyle, with physical work. 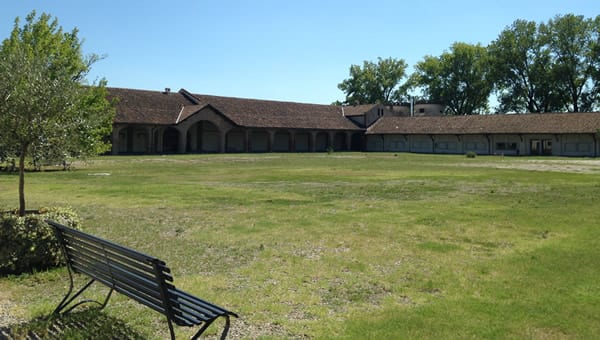 I had been curious about the sign saying “This way to Mirasol Monastery”, so one Sunday I just got in the car and went there. Although the sign said it was open from 4 in the afternoon, I mistakenly thought it opened at 3, and even though I arrived at 3:30, I was glad to find the gate was open and I was allowed in. This kind of positive attitude and flexibility is one of the very good things about Italy.It was very useful to listen to what the people operating the monastery, and the people living there, had to say about this place. I find in this way that you get to hear the special stories that can’t be found or are overlooked on the internet or individual websites. There weren’t many visitors, even though it was a Sunday afternoon, perhaps because the Milanese don’t know about it, let alone the sightseers (that said, there was the conspicuous presence of some cyclists who had found the monastery on their cycling trail and had dropped by). One of the lovely things about the Mirasol Monastery was that the manager was polite to visitors and took the time to explain things. 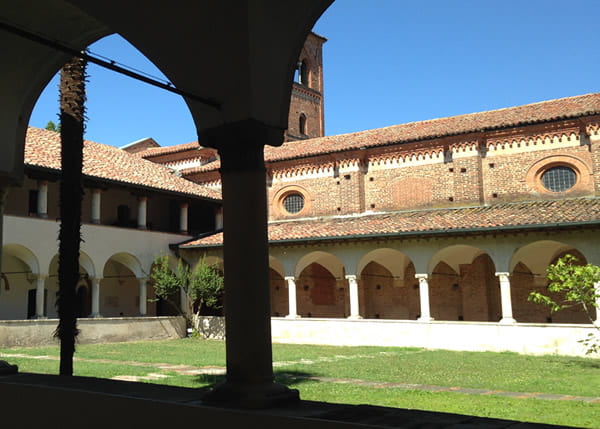 As usual, there are cornfields in the area around the monastery. This small monastery feels as though it is isolated in the countryside, even though it is actually very close to the center of Milan, and gives you a sense of its latent strength in bringing lasting recovery to the many Milanese businessmen who have failed in the past.

I feel certain it will go on supporting the people of Milan, powerfully, but quietly.